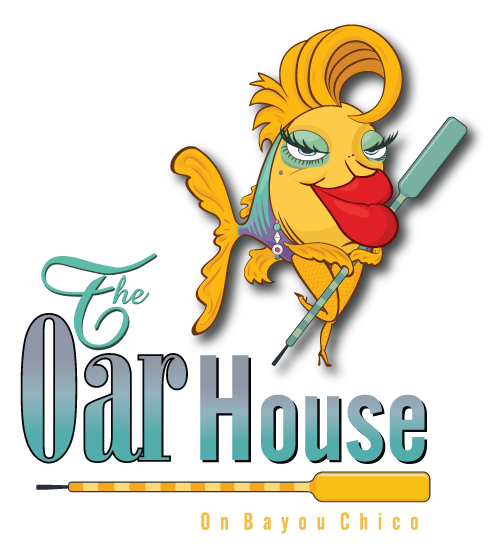 At 3:12 a.m. on June 13th, 2008, the phone rang…The Oar House was on fire! The first team of firefighters showed up at 3:12 a.m. They worked hard and fast, but the fire was too hot. They even tried to save our statute of our beloved Jezebel, but to no avail. As the sun came up a hush fell across the marina. It wasn’t possible, The Oar House was gone. The only words that rang over and over…WE WILL BE BACK! It was time to sift through the ashes and salvage whatever memories could be saved. They constructed a temporary dining area up over the volley ball courts. The community and employees came together with the contractors to get the job done. Ray never left the job site; he was always working on something. It soon became a race to get reopened!

While half of the crew was working at The Oar House, the other was working at HopJacks. The owners graciously opened up their restaurant for lunch as a benefit for our staff. All of the food was donated by Sysco and Premier Beverage furnished the beer. It was their most successful lunch on record and the staff was truly appreciative. The guitarist stepped to the microphone and began to strum a tune. “Every little thing…is gonna be all right“, he sang. It was less than two weeks after a fire destroyed The Oar House Restaurant on Bayou Chico, a slow trickle of customers began to ascend upon the makeshift restaurant and bar for Friday afternoons unadvertised reopening, June 27th, 2008.

After a great opening, it was time to get back to business. First on the list, was the outside bar. On Friday, July 25th, happy hour had a whole new meaning. The outside bar and dining deck were officially complete and open for business. There was a new sense of accomplishment as the first part of the original Oar House was back. The employee’s spirits had been lifted and the customers celebrated! Their neighborhood watering hole was beginning to take shape. From the outside it gave the customers hope that the “Best Outdoor Dining” was coming back strong.

As Ray and the gang traveled, new treasures were found. Some were purchased, some were donated generously by our loyal patrons and others were true finds on the beaches of the islands. As the grand reopening approached there was not time to waste.